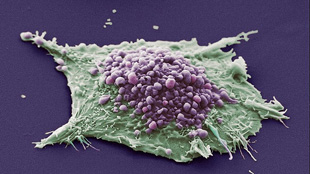 In March, the taxpayer-funded Cancer Prevention and Research Institute of Texas (CPRIT) awarded a team of researchers at the Institute for Applied Cancer Science (IACS) at MD Anderson Cancer Center in Houston $18 million to develop new cancer drugs. Last month, the institute’s chief scientific officer, Nobel laureate Alfred Gilman resigned, noting concerns about how the proposal for the large grant—the largest ever awarded by the institute, according to Nature—never underwent scientific review.

Specifically, Gilman suspected that CPRIT had awarded this controversial "incubator" grant, which aims to enhance the existing small molecule lines of research while branching out into biologics, instead of funding seven smaller grants, totaling $39 million, that had already received positive review. And the grant was awarded despite “strikingly lacking in specific[s]” about the research, CPRIT’s scientific review council wrote in a...

“The application was a business plan,” MD Anderson President Ronald DePinho, the husband of cancer researcher Lynda Chin, who is listed as the principal investigator on the IACS team, told Nature. “It was clear [the reviewers] did not want the science. They assumed the science was strong. We had a very, very strong track record in that regard.”

But in an exchange of letters with CPRIT, DePinho offered to have the grant re-reviewed, and CPRIT’s executive director William Gimson agreed to do just that. The new review, however, will be conducted by the same CPRIT review council that initially recommended funding the proposal, not scientific reviewers.

Check out Nature's coverage of the controversy, including a Q&A with DePinho and Chin.