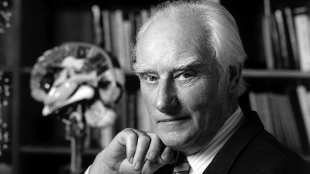 Auctioning began on the medal at $280,000, but within a minute or so, bidding had exceeded the $1 million mark. In the end, the winner was Jack Wang, CEO of a Chinese biomedical firm that’s working on organ regeneration and devices that claim to work by activating electromagnetic fields in the body, according to Nature.

Suprisingly, however, the medal wasn’t the priciest of Crick’s possessions: a letter to his 12-year old son garnering $6 million. Crick’s family says they intend to donate at least 20 percent of the proceeds from the sale to the Francis Crick Institute, which is...

Correction (April 12): This story has been updated from its original version to correct Francis Crick's name. The Scientist regrets the error.