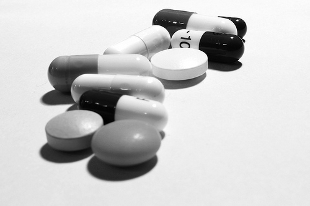 FLICKR, E-MAGINE ARTThe National Institutes of Health (NIH) this week (February 4) announced the Accelerating Medicines Partnership (AMP), a five-year, $230 million program through which the agency will team up with 10 drug companies to study Alzheimer’s disease, diabetes, rheumatoid arthritis, and lupus. The NIH will provide approximately half of that sum, while the rest of the funds will come from the program’s industry partners, including Merck, GlaxoSmithKline, Eli Lilly, and Sanofi.

“This is a job too big for any single group,” NIH Director Francis Collins said at a press conference yesterday.

Currently, drug candidates for these diseases fail at an astounding rate of 95 percent, and those that succeed take a decade and more than $1 billion to bring to market, ScienceInsider reported. AMP, which has been more than two years in the making and will be overseen by the Foundation for the NIH, aims to cut...

“We are still navigating in a landscape where a lot of this richness in information is not, in a consistent manner, brought together,” Pfizer President of Worldwide Research & Development Mikael Dolsten said at the press conference. “What we would like to have is a precise navigation system—a GPS for human disease.”

AMP will involve patients groups—which will contribute an additional $1 million and help prioritize research goals—and recruit academic partners, with requests for proposals expected later this year. The funding will be divvied up among the disease groups as follows: $130 million for Alzheimer’s disease; $58 million for type 2 diabetes; and $42 million for rheumatoid arthritis and lupus. Eventually, the NIH hopes to expand the project to include other diseases.