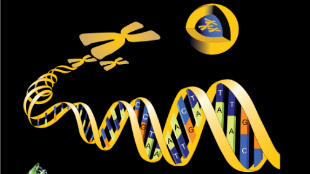 “Part of what we’re trying to do here is drug discovery in a more efficient model,” CEO Anne Wojcicki told Bloomberg Business. “Pharma companies don’t have a direct relationship with consumers, so they’re always subjects. By engaging them and giving it to them as a prize, saying, ‘You’ve powered this study and you’ve made this happen,’ we can do things in a different way.”

As a first move into drug development, 23andMe hired Genentech’s former drug development head Richard Scheller. “I wanted to see if we could really take advantage of the full potential of the human genome and thought that this is the...

According to the Associated Press (AP), 680,000 of 23andMe’s customers have agreed to let the company use their information for research. The AP also reported that “Wojcicki expects 23andMe to license many of its drug discoveries to larger, more established drugmakers.”

Dan Bradbury, the founder of consulting and investment firm BioBrit LLC, told Bloomberg Business, “obviously they have credibility in this area as a result of the partnerships they have with a number of pharma companies.” He added: “I think they will be taken seriously but it will take a number of years to establish the capability” to develop drugs.

23andMe used to offer customers a health-prediction service for a number of conditions, but U.S. health regulators put a stop to it in 2013. Last month, the US Food and Drug Administration gave the go-ahead for 23andMe to offer one test.