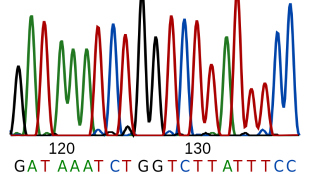 WIKIMEDIA, SJEFLast year, the personal genomics company 23andMe shut down its health prediction service upon the US Food and Drug Administration’s request, maintaining only its ancestry analysis. But the company is now expanding its offerings to UK customers and including the health-risk side of its business.

The UK Department of Health told BBC News that the British version of the genomic testing service is quite different from the product pulled from the market in the States. “Many of the drug responses, inherited conditions and genetic health risks that were of concern in the US have been removed,” a spokesperson said.

Ewan Birney, the associate director of the European Molecular Biology Laboratory-European Bioinformatics Institute, told The Guardian that the science behind 23andMe’s services is still soundest on the ancestry side. “Despite 23andMe’s careful use of language and explanation, there is an understandable concern that this type of genetic testing could...

The direct-to-consumer genetic testing firm already markets its health and ancestry services in Canada. “The FDA believes that we are a medical device, so we are going through the medical device review process. In Canada we are working with health authorities and they have deemed that we are non-therapeutic and therefore we don’t need pre-market clearance,” Anne Wojcicki, 23andMe’s CEO, told CBC News in October.