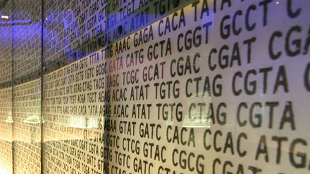 FLICKR, JOHN GOODEWith a database of some 640,000 genotyped individuals who have consented to participate in research, 23andMe is proving to be a popular resource for drug developers. Last week, the personal genomics company struck a $60 million deal with Genetech to analyze whole-genome sequence data in hopes of finding new therapeutic targets for Parkinson’s disease. And on Monday (January 12), the firm announced its plan to collaborate with Pfizer, sharing its user data and research platform with the pharmaceutical giant.

“Researchers can now fully benefit from the largest dataset of its kind, running queries in minutes across more than 1,000 different diseases, conditions, and traits,” according to a statement from 23andMe. “With this information researchers can identify new associations between genes and diseases and traits more quickly than ever before.”

Specifically, 23andMe will partner with Pfizer to conduct genome-wide association studies and surveys, as well as expedite clinical...

According to Bloomberg, the Genetech and Pfizer deals are just the beginning for 23andMe: the firm will continue to pitch its database as a valuable resource to the biomedical community, and plans to announce a total of 10 similar partnerships this year.