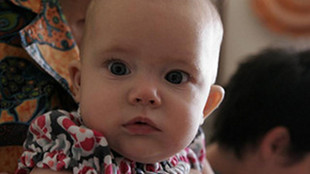 FLICKR, MADGERLYLearning to make eye contact and follow other peoples’ gazes are important milestones for babies. So how does having a blind parent affect a child’s early development? A study comparing babies with blind mothers to babies with sighted parents showed no deficits and even indicated that infants of blind mothers were advanced in their first year of life, ScienceNOW reported.

The researchers observed the children during three age windows, 6 to 10 months, 12 to 15 months, and 24 to 47 months. The scientists tested the children’s tendency to focus on eyes in...

The children of blind parents showed no difference in their tendencies to make eye contact and follow the actors’ gazes, nor did they exhibit behaviors characteristic of autism. They were less likely to look at their blind mothers’ faces than babies of sighted mothers were, indicating they had learned to interact differently with their mothers than they did with other people.

During the first window of observation, between 6 and 10 months, the children of blind mothers showed more advanced behaviors than the children of sighted parents, scoring especially high on visual memory and attention.  But later on the two groups of children scored about the same in these measures.

The authors suggest that this phenomenon could parallel the cognitive advantages that have been demonstrated in bilingual children, and could strengthen the children’s cognitive skills early in life.

“The mother's blindness may teach a child at an early age that certain people turn to look at things and others don’t,” Andrew Meltzoff, a psychologist at the University of Washington who was not involved in the study, told ScienceNOW. “Apparently these little babies can learn that not everyone reacts the same way.”