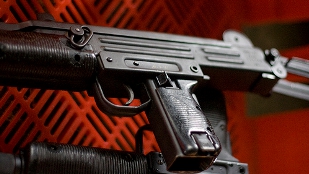 FLICKR, JMR_PHOTOGRAPHYResearchers sent a letter to Vice President Joseph Biden last week (January 10) asking him to boost research on violent gun crimes in the United States.  Biden leads the White House Gun Violence Commission and is looking for appropriate ways to respond to last month’s mass shooting at an elementary school in Newtown, Connecticut, which claimed the lives of 20 children.

The letter, signed by 100 researchers, argues that restrictions that Congress applied to limit research in on gun-related violence in the 1990s have effectively reduced the number of US studies on such crimes.

In 1996, Congress cut the budget of the Centers for Disease Control and Prevention by exactly the amount it spent gun research and said that no funds “may be used to advocate or promote gun control,” reported ScienceInsider.  “Right now the research community is hampered in its ability to inform policymakers about...

In the letter, the researchers made a number of requests, including the implementation of a violent death reporting system across all 50 states, direct investments from Congress toward unbiased research and data infrastructure, and the cessation of restrictions on gun-violence research. (You can read the full letter here.)

Biden suggested that the Commission will deliver its recommendation next week, and that the President is expected to act quickly, possibly using an executive order.