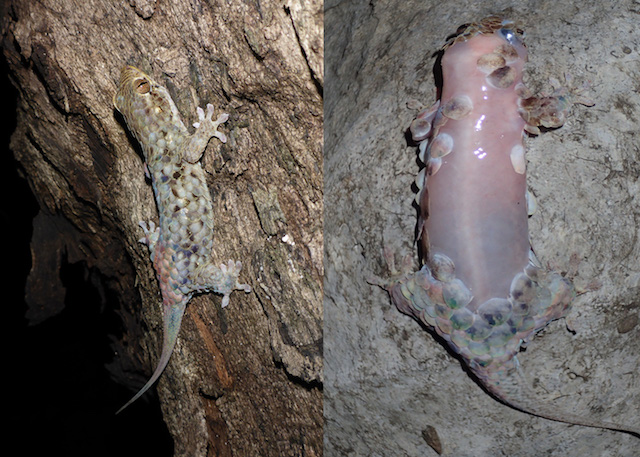 FRANK GLAWGeckolepis megalepis, a gecko from Madagascar, has a unique survival strategy. When under attack the lizard sheds it skin, leaving predators with a mouthful of scales as it runs away with its pink flesh exposed. Researchers described this new species in PeerJ on Tuesday (February 7).

Tearaway skin is not the only thing that makes these creatures unique—they are also one of only a few species of gecko that have large, fish-like scales. "What's really remarkable though is that these scales—which are really dense and may even be bony, and must be quite energetically costly to produce—and the skin beneath them tear away with such ease, and can be regenerated quickly and without a scar," Mark Scherz, study co-author and a doctoral student at the Ludwig Maximilian University of Munich, said in a statement.

These skin-shedding creatures are not easy specimens to study. "Generally, what we do...

G. megalepis may be able to escape its predators, but human activities—such as mining operations and illegal deforestation—still pose a threat to the species’ survival. To protect these geckos from extinction, the authors recommend that the International Union for Conservation of Nature label them as “near threatened.”