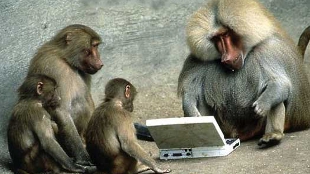 A new online service is aiming to revolutionize the way scientific research is peer-reviewed. Rather than a journal editor sending the paper to potential reviewers and requesting feedback, the new site—called Peerage of Science—allows researchers to upload their manuscripts, which will be made anonymous and posted on a site accessible only to members. Keywords in the paper will then alert relevant experts, who can assign the paper a grade from 1 to 5. Those papers that receive enough high marks will be forwarded to journals associated with the site. The journal editors can then decide to reach out to the authors with publication opportunities, rather than the other way around. Authors, of course, are free to decline any offers they may receive.

The service, created by three Finnish researchers, hopes to improve upon several oft-cited drawback of traditional peer review, including the risk of favoritism among...

"This formalizes an unwritten rule: he who wants his manuscripts reviewed, reviews other manuscripts in return," Janne-Tuomas Seppänen, a postdoc at University of Jyväskylä, who came up with the initial idea for Peerage of Science service in February 2010, told ScienceInsider. With consent from peer reviewers, their reviews will be archived in an online journal called Proceedings of Peerage of Science.

Peerage of Science, which is currently focused on ecology but hopes to branch out to other disciplines, currently has about 500 scientist members and has already partnered with the ecology journal Ecography, published by Wiley. The service is sponsored by the University of Jyväskylä and the University of Eastern Finland, where its creators are based.