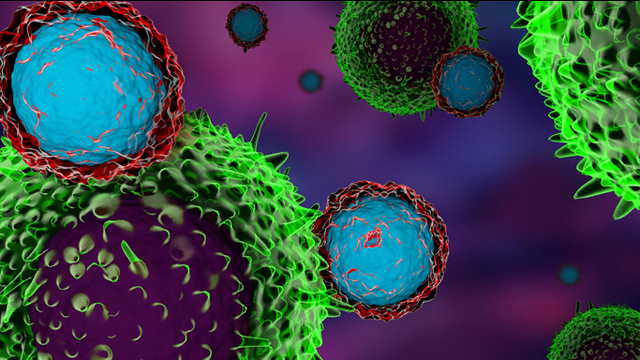 “We’re looking for a treatment—an immunotherapy—that can be broadly used in patients with common cancers,” study coauthor Steven Rosenberg, an oncologist and immunologist at the National Cancer Institute (NCI), tells NPR. The result suggests this type of treatment might be possible for other types of solid tumors, including in the colon, rectum, and pancreas.

To develop the treatment, Rosenberg and his colleagues used whole-exome and RNA sequencing to identify point mutations within the genome of a patient’s breast tumor and then isolated tumor-infiltrating lymphocytes from the mass and identified which ones were reactive against mutations in the genes SLC3A2, ECPAS, CADPS2, and CTSB, which were present...

Such a result is “an unprecedented response in such advanced breast cancer,” writes Laszlo Radvanyi of the Ontario Institute for Cancer Research in Toronto in an accompanying Nature Medicine News & Views article.

Still, Rosenberg notes to NPR, the treatment won’t work for everyone. Two other patients with breast cancer failed to respond to the therapy. But the approach has helped seven patients, including individuals with colon, liver, or cervical cancer. “Is it ready for prime time today? No,” Rosenberg says. “Can we do it in most patients today? No.” But, “I think it’s the most promising treatment now being explored for solving the problem of the treatment of metastatic, common cancers,” he says.

“This is an illustrative case report that highlights, once again, the power of immunotherapy,” Tom Misteli, director of the Center for Cancer Research at NCI who was not involved in the study, tells Forbes. “If confirmed in a larger study, it promises to further extend the reach of this T-cell therapy to a broader spectrum of cancers.”