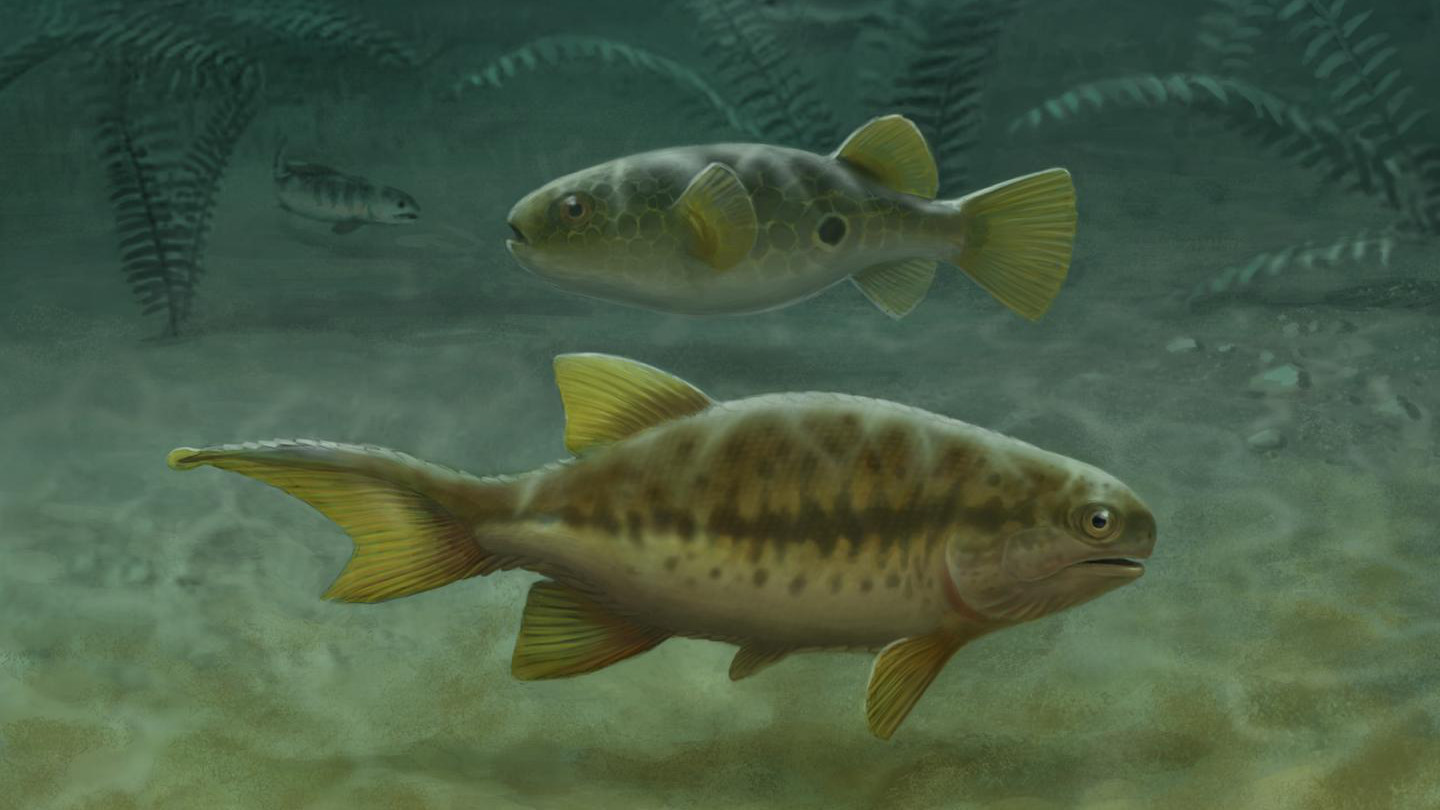 Prehistoric Aetheretmon fish larvae had two tails—one fleshy and, the other, more fin-like. Now, an analysis of 350-million-year-old Aetheretmon fossils, published in Current Biology this week (December 5), suggests that fish kept their fins and lost their fleshy tails over evolutionary time, while tetrapods did the opposite, ditching their fins in favor of fleshy, vertebrae-bearing tails.

“The tetrapod tail likely started as a limb-like outgrowth in the first vertebrates, while the fish caudal fin started as a co-opted median fin, like the dorsal fin,” said coauthor Lauren Sallan of the University of Pennsylvania, in a statement. “All vertebrate tail diversity might be explained by the relative growth and loss of these two tails, with the remaining fleshy tail stunted in humans as in fishes.”

Based on the dual tail seen in the larval stage of modern teleost fish, evolutionary biologists have long suspected that recapitulation theory—the notion...

Sallan and colleagies analyzed 350-million- year-old fossil specimens of A. valentiacum, which are closely related to teleosts. The researchers discovered that both the ancient and modern fish possessed two tails when in their juvenile stages but that, in adulthood, modern teleosts keep their fins and lose their upper, fleshy tails while ancient Aetheretmon tails appear to mesh into one, asymmetric tail—longer on the top than the bottom—that contains vertebrae. “What this shows is that ancient fish and modern fish had the same developmental starting point that has been shared over 350 million years,” Sallan said in the press release.

The study also suggests a possible mechanism for the evolution of tetrapod tails and, by extension, the suppression of embryonic tails in apes and humans. In their paper, Sallan and colleagues conjectured that tetrapods took larval Aetheretmon action to an extreme, losing their fins entirely in favor of just fleshy, vertebrae-bearing tails. Meanwhile, apes and humans lost the fleshy tail entirely, perhaps by making use of a fish-like mechanism.

“Like fish, the remnants of an embryonic bony tail are buried in our lower backs—the coccyx or tailbone—stunted by a loss of molecular signals that would otherwise cause it to grow out like an arm or leg,” Sallan told Live Science. “Thus, humans and fish embryos share mechanisms for controlling tail form.”