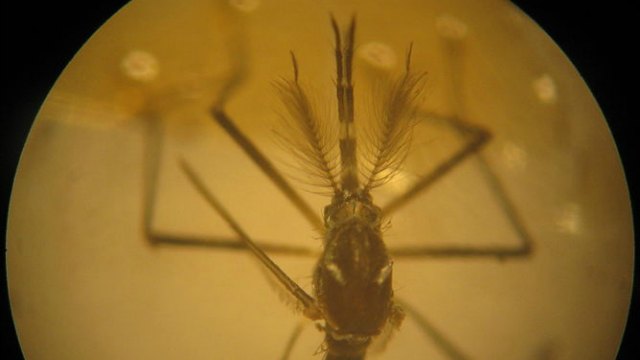 WIKIMEDIA, LUIS GERARDO SANDOVAL ORTIZAedes aegypti, the mosquito that spreads Zika virus, can likely transmit multiple viruses at once, according to a recent study from Colorado State University (CSU). The research, published May 19 in Nature Communications, found that insects exposed to Zika, dengue, and chikungunya viruses wound up with all three pathogens in their saliva, which means that they could transmit them all in one bite.

Whether coinfection by multiple viruses poses a greater threat to humans than infection by Zika alone is unclear, researchers say.

“Based on what I know as a virologist, epidemiologist, and entomologist, I thought that the viruses...

Study author Claudia Rückert said in the release that triple infections are likely rare occurrences, but noted that “dual infections in humans, however, are fairly common, or more common than we would have thought.” Studies have produced conflicting results about whether multiple infections are worse than one.

William Schaffner, an infectious disease expert at Vanderbilt University Medical Center, told ABC News that coinfection was a “fascinating notion” but that it would be important to detect it in the wild.

Complicating diagnoses of human coinfection is the fact that blood tests do not distinguish well between the different viruses, Schaffner told ABC. “That’s part of the difficulty if you use the blood test, the viruses are sufficiently similar so that the blood test are nonspecific and you’re not sure.” Furthermore, the diseases have similar symptoms.

“Depending on what diagnostics are used, and depending on what the clinicians think, they might not notice there's another virus,” Rückert said in the release. “It could definitely lead to misinterpretation of disease severity.”

See “Who is Immune to Zika?”