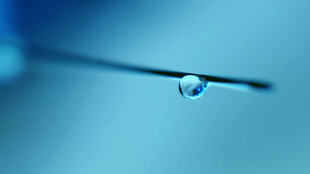 A vaccine that targets the vast majority of cancers has produced encouraging preliminary results in phase I/II clinical trials. According to an announcement made on April 2 by the vaccine’s maker, Vaxil Biotherapeutics, the ImMucin vaccine consists of a 21 amino acid-long peptide that represents a key signaling region of Mucin 1, cell surface associated (or MUC1)—a glycoprotein expressed by 90 percent of solid and non-solid tumors.

In trials carried out at Hadassah Medical Centre in Jerusalem, the vaccine generated a robust immune response in patients with multiple myeloma after only 2 to 4 doses of the vaccine, The Telegraph reported. The patients were administered a maximum of 12 doses.

"In some of the patients, preliminary signs of clinical efficacy were observed," according to a statement from Vaxil Biotheraputics, which will formally publish the results of the trial in the near future.