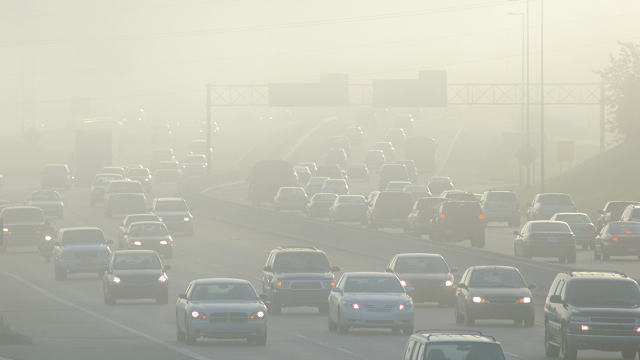 ISTOCK, PLHERRERANinety-five percent of the world’s population lives in regions with unhealthy levels of air pollution, according to a report published today (April 17) by Boston-based nonprofit organization, the Health Effects Institute (HEI). Data from The State of Global Air 2018 report indicate the highest risk for people living in North and West Africa, the Middle East, and South Asia, with the gap between more- and less-wealthy countries increasing.

This is the second year that the HEI has published such a report, also available as interactive data pages on a website maintained by the HEI and the Institute for Health Metrics and Evaluation at the University of Washington, Seattle. Like last year’s publication, the current overview provides an assessment of outdoor air pollution from analyses of the ozone and quantities of ambient particulate matter—tiny particles such as dust and soot that...

According to the report, “fine particle air pollution is the largest environmental risk factor worldwide, responsible for a substantially larger number of attributable deaths than other more well-known behavioral risk factors such as alcohol use, physical inactivity, or high sodium intake.”

This year’s analyses additionally delve into household air pollution, a phenomenon influenced by use of solid fuels such as wood and coal inside buildings. “Exposure to ‘household air pollution’ also has a substantial impact on health and is ranked 8th in risk factors for early death, with 2.6 million attributable deaths in 2016,” according to the report. “Taken together, air pollution from ambient particulate matter, ambient ozone, and household burning of solid fuels was estimated to contribute to 6.1 million deaths—about 11 percent of the total global deaths in 2016.”

Still, improvements to global pollution controls are on the horizon, Bob O’Keefe, vice president of the HEI, tells The Guardian. “There are reasons for optimism, though there is a long way to go,” he says, noting that China and India are putting in place stricter regulations to limit pollution.

“Social media has been very important, as a growing number of people have access to it and to data and discussions [on air pollution],” he adds. “People now have the ability to worry about not just the food they eat and a roof over the head, but they have the means to discuss [issues] in public.”