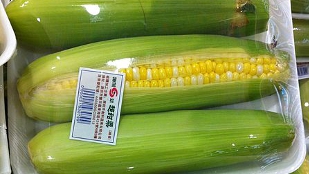 Slapping labels on genetically modified (GM) foods is a bad idea, according to the American Association for the Advancement of Science (AAAS). The science advocacy organization's executive board approved a statement on October 20th saying that requiring such labels, as a ballot measure in California seeks to do, could "mislead and falsely alarm consumers."

"Consuming foods containing ingredients from GM crops is no riskier than consuming the same foods containing ingredients from crop plants modified by conventional plant improvement techniques," the AAAS executive board wrote. "The World Health Organization, the American Medical Association, the US National Academy of Sciences, the British Royal Society, and every other respected organization that has examined the evidence has come to the same conclusion."

In California, large food industry corporations have devoted more than $40 million to defeating Proposition 37, which would mandate such labeling in the state. Independent organic food companies have...

Update (November 5): As election day nears, a group of scientists has taken issue with the AAAS's position on Proposition 37. Twenty one researchers, some of whom are AAAS members, expressed their support for the ballot measure, which would mandate labelling of foods that contain genetically modified ingredients, and voiced their disagreement with the AAAS's stance. "[The AAAS's] position tramples the rights of consumers to make informed choices," the researchers wrote in a recent Environmental Health News story. Read the the complete statement and see the list of scientist-signatories over at Environmental Health News.