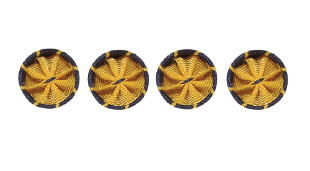 Biochemist Patrick Harran of the University of California, Los Angeles (UCLA), has been named one of the fellows of the American Association for the Advancement of Science (AAAS) for 2015. Harran joins 346 other fellows from diverse disciplines and from institutions across the nation for their “contributions to innovation, education, and scientific leadership.”

But Harran’s election is being criticized due his role in a tragedy that unfolded in his lab seven years ago. On December 29, 2008, Harran’s research assistant, 23-year-old Sheharbano “Sheri” Sangji, was badly burned in a fire that engulfed her clothes and body as she handled a dangerous chemical, tert-butyllithium. Sangji, who was not wearing the proper protective lab coat as she conducted the experiment, died from her injuries 18 days later. In 2011, Harran was charged with three felony counts of health and safety code...

Sangji’s family has written a letter to Gerald Fink, president of AAAS, Phillip Sharp, chairman of the association’s board of directors, and members of the AAAS council, asking that they reconsider their decision to honor Harran. “No family should have to deal with our loss,” Naveen Sangji and M. Hussain Sangji wrote on behalf of the Sangji family. “And certainly, no principal investigator who runs their laboratory in a criminally negligent manner as Patrick Harran has should be bestowed with any awards. We respectfully request that you refuse to honor the unsafe science conducted by an unethical scientist.”

Ginger Pinholster, AAAS director in the office of public programs, told UCLA’s Daily Bruin that the decision to award Harran a fellowship was tied only to his scientific achievements. “(Selection as a fellow) doesn’t reflect behavior or other issues,” Pinholster told the campus newspaper. According to the Daily Bruin, Harran could not be reached for comment.