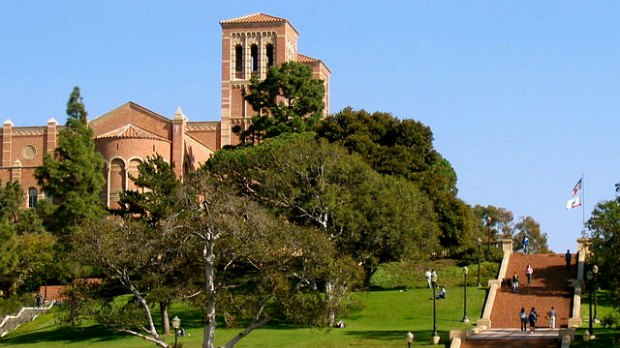 WIKIMEDIA, BRENT - UCLAThe American Association for the Advancement of Science (AAAS) had elected Patrick Harran, a biochemist at the University of California, Los Angeles (UCLA), to join its prestigious club of fellows in 2015. But upon further review—specifically, of the death of a technician in a 2008 fire in Harran’s lab—AAAS rescinded the nomination.

“On December 18, the AAAS Council approved the Chemistry Section steering group’s request to conduct a complete re-evaluation of Dr. Harran’s nomination after it became apparent that an initial review of nomination materials had not included all relevant information,” AAAS announced in a statement this week (December 22).

Harran’s selection to become a AAAS fellow was met with criticism. Family members of Sheharbano “Sheri” Sangji, who was killed in the lab fire, said in a letter to AAAS, “no principal investigator who runs their laboratory in a criminally negligent manner as Patrick...

Harran paid a $10,000 fine and served 800 hours of community service after he was charged with health and safety code violations.

UCLA released a statement expressing disappointment in AAAS’s move. “Although all concerned lament the tragic laboratory accident that occurred in 2008, Professor Harran’s work has important implications for cancer research and deserves recognition.”

Naveen Sangji, Sangji’s sibling, said in a statement to Chemistry World: “In rescinding UCLA professor Patrick Harran’s nomination, the AAAS leadership has taken a stance in support of laboratory safety.”

The AAAS fellows subcommittee said it is reconsidering its process for nominating fellows.

Update (December 24): Prompted by Harran's nomination, the American Chemical Society (ACS) was inspired to consider adding safety criteria to its rules for nominating society fellows, reported Chemical & Engineering News (C&EN, which is published by ACS). “At an ACS Board of Directors meeting on Dec. 14, current President Diane Grob Schmidt requested that the board review and reinforce its commitment to safety through its national awards and fellows program, as well as by adding safety to the society’s core values and strengthening references to safety in the Chemical Professional's Code of Conduct,”according to C&EN.