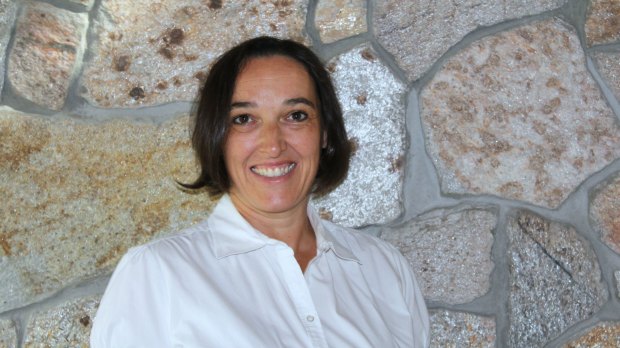 ANGELIKA AMONEditors of The Scientist have been scouring the grounds of the American Association for Cancer Research’s flagship conference—being held in New Orleans this week—to find the most interesting presentations, but we simply can’t cover it all. So we’ve enlisted insight from some thought leaders in cancer research.

MIT’s Angelika Amon, who studies aneuploidy in normal and cancer cells, presented this year’s AACR-Women in Cancer Research Charlotte Friend Memorial Lectureship. She spoke with The Scientist by phone after returning home from the conference.

The Scientist: To your mind, what are some of the hottest areas of cancer research right now?

Angelika Amon: Definitely, I think, immunotherapy. For the first time there is actually a real hope that this may work and that it could actually provide a cure. “Cure” in the sense of not dying of the disease, rather than cure as five-year survival, which is the...

There are other things, too, that I think are very exciting and innovative, such as drug delivery. I think there are a lot of developments in that area of targeting drugs or other therapeutic agents to the tumor, to specific areas, to make the treatment more effective and have less side effects.

What’s close to me, of course, because I’m interested in chromosomal abnormalities in cancer, is the genome sequencing revolution and the ability to now look at single cancer cells and how individual tumors disseminate and evolve during disease. I think those are also very exciting developments.

TS: What did you present at AACR this year?

AA: My lab is interested in why chromosome gains and losses are such a prominent feature of cancer. This has really been neglected forever. If you think about it, chromosome gains and losses—aneuploidy—is a more prominent feature of cancer than mutations of the p53 pathway. Ninety percent of solid tumors and 84 percent of all tumors . . . have at least one chromosomal gain or loss.

We don’t really understand at all how that impacts tumorigenesis. That’s what we’re working on. What we are trying to understand, and what my lecture [was] about, is: How do whole chromosomal gains and losses impact normal cells? What does that do to cells or organisms? . . . Our approach is, let’s try and understand what it does to normal cells and then maybe that can help us tease out why that’s such a prominent feature of cancer.

What I talked about in my lecture was how aneuploidy affects normal cells, mostly about unpublished work addressing its impact on the proteome and its impact on cell division and that it causes genome instability, which we believe is a very important feature of why the disease causes cancer. In fact, I think it promotes tumor evolution and is a critical aspect of chemotherapy resistance and metastasis. One key aspect is that it is basically a mutator. That’s how we think it contributes to tumorigenesis.

TS: What talks or posters have you found most exciting?

The whole session was really interesting. What they’re trying to do is develop better mouse models of immounotherapy that [better] mimic human disease. Engineering T cells for cancer I thought was very interesting.

I’m trying to learn about immune therapy, so these basic sessions where they go in and talk about the biology and the interaction of the immune system with the tumor and using genetically tractable models to study this, I thought that was interesting.

TS: What are the gaps in cancer research? Are there topics that you feel aren’t getting enough attention?

AA: For example, looking more broadly for more therapeutic targets such as aneuploidy, the metabolic state of cancers, and so forth. There is more to cancer than just some hyperactive kinase or Ras mutation. I would like to see especially the industry broaden their search for targets.

The other topic I think deserves more attention is prevention. The best way not to die of cancer is not to get it in the first place. . . . Of course, pharmaceutical companies can’t make money on prevention. And so I think it’s a highly neglected area. That’s a real shortcoming. I understand drug companies need to make money, but I think at least academic institutions should really focus on prevention strategies or early detection strategies.