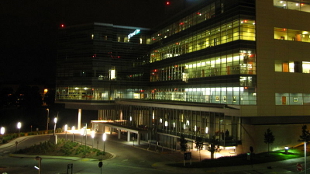 The Medical College of Wisconsin Cancer CenterWIKIMEDIA, DBKOVACHThis April, US prosecutors charged Hujuan Zhao, a Chinese researcher at the Medical College of Wisconsin (MCW), with “economic espionage” for allegedly stealing a potential cancer drug and related data on behalf of a university in China. That charge was swiftly dropped, but earlier this month Zhao reached a plea agreement to accept a charge of “accessing a computer without authorization” in a district court in Milwaukee, reported ScienceInsider.

Zhao worked in cancer researcher Marshall Anderson’s lab at MCW. He was about to leave for a new position at Zhejiang University in Hangzhou, China, when he was arrested in March. According to an FBI statement released at the time, Zhao “may have used his employment and position at MCW to illegally acquire patented research material and taken steps to provide that material to Zhejiang University.” Zhao was also accused...

Federal prosecutors quickly abandoned the main charge of “economic espionage,” according to ScienceInsider. Instead, Zhao was charged with illegally accessing a computer and lying to a federal agent. (The FBI reported that Zhao failed to respond to many of their questions because he did not understand English well.) Zhao initially pled not guilty to both counts, but on July 2 he reached plea deal in which he accepted the former charge. ScienceInsider reported that Zhao could face up to 5 years in prison and a maximum fine of $250,000. He will be sentenced on August 6.