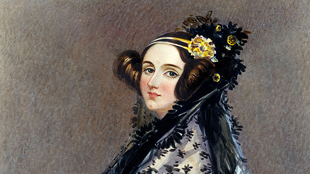 Ada LovelaceWIKIMEDIA, SCIENCE & SOCIETY PICTURE LIBRARYToday (October 15) is Ada Lovelace Day. According to an excerpt from Suw Charman-Anderson’s book, A Passion for Science: Stories of Discovery and Invention, at the Finding Ada website, Lovelace was born Augusta Ada Byron, daughter of poet Lord Byron, 1815 in England. Lovelace never knew her father and was brought up by a series of nannies and tutors that her mother hired to educate her daughter in mathematics. She eventually befriended Charles Babbage, an inventor and mechanical engineer, and worked to develop plans and programs for his Analytical Engine, a computer that was never built. Lovelace, who is widely regarded as a pioneer in the field of computer programming, inspires people to reflect on how far women have come in science, technology, engineering, and mathematics (STEM)—and how far there is still to go.

In a proactive show of support for women in STEM, Brown University’s Anne Fausto-Sterling, a biology professor, and graduate Maia Weinstock organized a Wikipedia “edit-a-thon” that’ll take place tonight at Brown. Attendees are asked to bring a laptop, as they will learn to edit Wikipedia pages and work on cleaning up articles on well known women in STEM or adding pages focusing on less well-known female innovators. “What we lose by not having a full panoply of information about women scientists is that we continue to perpetuate this idea that . . . women haven’t done science at the same level as men or are somehow deficient in this area,” Fausto-Sterling said in a statement.