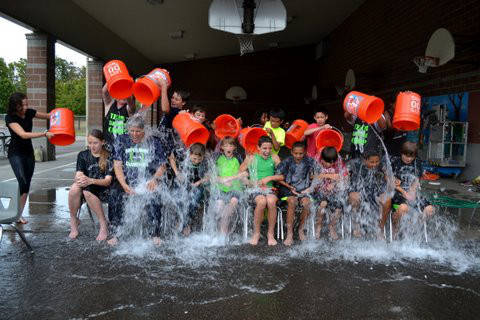 FLICKR, MICHELLE RIGGEN-RANSOMIn a search for amyotrophic lateral sclerosis (ALS) risk genes among affected families, an international team of more than 80 researchers has flagged loss-of-function variants of the NEK1 gene, which has been linked to diverse cellular functions, including DNA-damage responses, cytoskeleton stability, mitochondrial membrane function, and neuronal morphology. Known as Project MinE, the effort involved the analysis of more than 1,000 whole exomes from patients with familial ALS and more than 7,300 controls. The researchers published their results this week (July 25) in Nature Genetics.

Last August, a team at Johns Hopkins University also benefited from the Ice Bucket Challenge money, publishing in Science on the role of the TDP-43 protein in the formation of potentially harmful plaques in the brain. “It was one of the most successful campaigns on social media; it came out of the blue,” Bernard Muller, the founder of Project MinE who was diagnosed with ALS in 2010, told The Guardian.

“It’s fantastic that the money raised globally from the Ice Bucket Challenge has contributed towards the discovery of this new gene,” Sally Light, chief executive of the U.K.-based Motor Neurone Disease Association, told The Guardian. “It’s another step towards understanding so much more about what is such a complicated disease.”