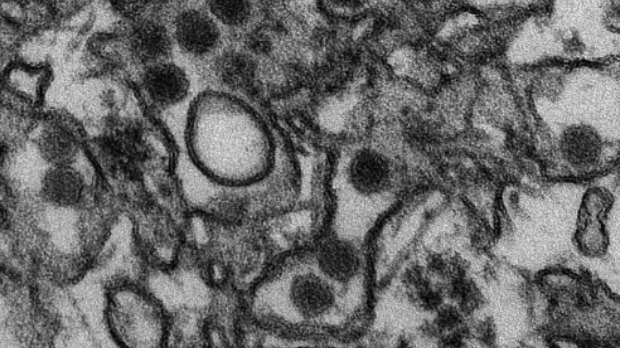 WIKIPEDIA, CYNTHIA GOLDSMITH/CDCAs some researchers work to develop serologic tests to determine past Zika infections (see “New Tests for Zika in the Works,” The Scientist, January 25, 2016), others are focusing on improving the way current infections are detected.

The standard method, using PCR to probe for viral RNA, requires laboratory equipment and skilled personnel. MIT virologist Irene Bosch and her colleagues have designed an assay that can detect viral particles, NS1 protein in particular, in a user-friendly format available at the point of care. “It doesn’t require any adjunct technology,” Bosch told The Scientist.

The test can accept serum kept at room temperature and can distinguish dengue from Zika infections. It’s now being validated in Colombia with support from the US Centers for Disease Control. Should the test hold up to scrutiny, it will be up to a biotech firm to commercialize it,...

Meanwhile, a team led by Myrielle Dupont of Pasteur Institute in New Caledonia has found a way to extend the timeline for viral detection beyond the typical five days or so available for PCR, by sampling urine, rather than blood (Emerging Infectious Diseases, 21:84-86, 2015).

“We could detect Zika virus RNA in urine at least 10 days after the detection of Zika in the serum was negative,” Dupont told The Scientist in an email. “This urine sample would allow the confirmation of cases during the beginning of the serological window.” Dupont added that other labs are beginning to use urine samples for Zika detection.

Niko Vasilakis’s group at University of Texas Medical Branch in Galveston is collecting circulating Zika strains from Latin America “to capture the heterogeneity of the virus,” he said. The researchers are then designing primer sets to these strains that would be available to others for free.