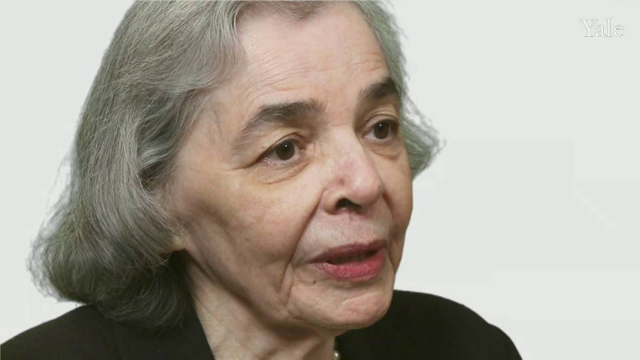 Hamburg was the first self-identifying black woman admitted to Vassar College and the first black woman to graduate from the Yale School of Medicine, where she became interested in behavioral studies and psychiatry. Her daughter, Margaret Hamburg, was the commissioner of the US Food and Drug Administration from 2009 to 2015.

“She became one of the nation’s leading experts on the problems of adolescence and different stages of adolescence . . . during an era in which most people simply didn’t really think about them in any particular way or fashion,” Jack Barchas, chairman of Weill Cornell Medical College’s psychiatry department, said in a 2015 video that announced a humanitarian prize awarded to Hamburg and her husband, psychiatrist David Hamburg.

Throughout her career, Hamburg held professorships at Stanford University...

One particular area of Hamburg’s research focused on peer counseling—the idea that peer groups would be better able to offer guidance to teens than authority figures. In 1972, she coauthored a paper on an experimental peer-counseling program and found the student interactions were more effective in guiding disaffected students than interactions with authority figures.

“She taught high school kids to essentially say to their friends, ‘I’m worried about you . . . I’m concerned. I miss the old you,’ and so she implemented that at Stanford, and then it took hold in California and moved across the country and over to Europe,” Virginia Anthony, the former executive director of the American Academy of Child and Adolescent Psychiatry, tells The Washington Post. “It was a very significant preventative concept.”

In 1998, she co-edited “Violence in American Schools,” a compilation of works that “argued that ending shootings and other forms of school violence required a coordinated effort involving not just schools, but also families and the community at large,” according to The New York Times. The mass shooting at Columbine High School happened the next year. In 2004, Hamburg and her husband co-wrote the book, Learning to Live Together: Preventing Hatred and Violence in Child and Adolescent Development, which examined the biology of stress, especially in youth.

“She was truly a pioneer in understanding the importance of stress in the lives of children very early on before we appreciated how long-lasting the effects of trauma are in early life and adolescence,” Huda Akil, a ­codirector and senior research professor at the Molecular & Behavioral Neuroscience Institute at the University of Michigan, tells The Post. “People used to think kids were pretty resilient . . . they could take things and bounce back. In time, we have learned how formative those years are in long-term emotional health, how they set the course for somebody’s life forever.”

Hamburg is survived by her son, daughter, and husband of 66 years.