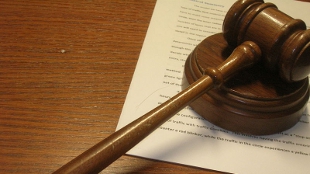 WIKIMEDIA, BRIAN TURNERPatrick Harran, a chemist at the University of California, Los Angeles, will pay $10,000, develop and teach a lab-safety course, speak about the importance of lab safety, and volunteer 800 hours of his time in a hospital setting, but he will not go to jail. This is the deal Harran struck this week (June 20) with the Los Angeles County Superior Court in a case where he faced four felony counts of “willful violation of an occupational safety and health standard causing the death of an employee”—his 23-year-old research assistant, Sheharbano “Sheri” Sangji, who died in a chemical fire in the lab in 2009.

“No words can express the sympathy I have for Sheri’s loved ones,” Harran said in a statement. “What happened to Sheri in my laboratory was absolutely horrible—and she was too young, too talented, and had too bright a future for anyone to...

According to Nature News, Harran is “the first academic chemist to face criminal charges over a lab accident in the United States.” As part of the deal, Harran did not admit guilt, but rather “acknowledges and accepts responsibility for the conditions under which the laboratory was operated,” according to the agreement. If he follows the terms laid out by the prosecutors for five years, the charges will be dismissed. Violation of the agreement could result in the case going to trial.

In addition to paying $10,000 to the burns unit where Sangji was treated, Harran must develop a lab-safety training program that he will teach to underprivileged students about to enter university for the next five years. Moreover, he will speak about the importance of lab safety to incoming students and spend at least 800 hours volunteering his time at a hospital.

In a statement to the court, Sangji’s sister expressed her family’s dissatisfaction that the case was settled. Some researchers and lab safety experts have also raised concerns over the seemingly minor consequences Harran now faces. “I’m disappointed, but not surprised, by the lack of consequences,” Harry Elston, principal of Midwest Chemical Safety in Dawson, Illinois, told Nature. Jim Kaufman, president of the Laboratory Safety Institute in Natick, Massachusetts, agreed: “It’s a lesser penalty than I had expected or thought might be appropriate.”

Others argued that the felony charges would serve to heighten awareness of lab safety. “The signal was sent four years ago to all researchers and the repercussions have been incredibly wide,” Russ Phifer, executive director of the National Registry of Certified Chemists in West Grove, Pennsylvania, told Nature. “This is a win for safety consultants and for students everywhere.”