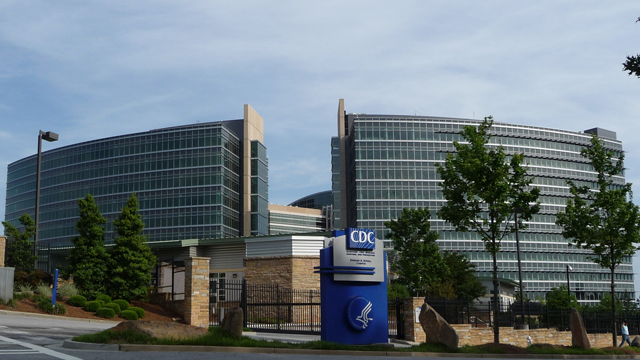 WIKIMEDIA, DANIEL MAYERUpdate (March 21): Redfield was selected to lead the CDC today. He is expected to be sworn in and start as director in just a few days, according to The Washington Post.

Update (March 20): Past allegations of research misconduct by Redfield are resurfacing, Kaiser Health News reports. In 1994, the Army acknowledged accuracy issues with Redfield's HIV vaccine research, but did not reprimand him for misconduct. A whistleblower, who pointed out the issues back then, is now speaking publicly about them and raising concerns about the Trump administration's vetting process.

Robert Redfield, a leading AIDS researcher who works at the University of Maryland School of Medicine, has emerged as the top choice for director of the Centers for Disease Control and Prevention (CDC). He would replace Brenda Fitzgerald who resigned in late January after it was discovered she bought tobacco, pharmaceutical, and health insurance company stock...

At the University of Maryland School of Medicine, Redfield worked with other HIV/AIDS researchers to cofound the Institute of Human Virology in 1996, where he worked with heroin addicts undergoing treatment. Currently, Redfield oversees two programs at the institute: one that provides HIV care and treatment to more than 6,000 patients in the Baltimore–Washington community and another that is part of the President’s Emergency Plan for AIDS Relief (PEPFAR). Active in seven countries in Africa and the Caribbean, the PEPFAR program provides treatment to more than 50,000 people living with HIV, according to Redfield’s university website.

“I think he’s a superb candidate, first rate,” Kathleen Kennedy Townsend, a Democrat and a former lieutenant governor of Maryland, tells the Times. Townsend served on the board of the Institute of Human Virology and says she got to know Redfield there. He is the right person for the job, she says, because of his experience with the opioid epidemic and his background in infectious diseases. “Ebola could come up next year, either naturally or in an attack,” she says. “We have to be prepared, and he understands that.”

Redfield had also worked as a physician in the US army and, in the 1990s, supported a divisive vaccine for AIDS that failed, according to The Washington Post. In the 1980s, he also supported mandatory patient testing for HIV, which also sparked controversy.

“The controversy in the 1980s was that some of the policies he advocated and some of the organizations he was associated with were not embracing sound public health approaches to the AIDS epidemic and were stigmatizing of those who were infected,” Jeffrey Levi, who was executive director of the National Gay and Lesbian Task Force and later became deputy director of the Office of National AIDS Policy under President Bill Clinton, tells the Post.

“The context that people have to remember is that during this time, people could be fired for having HIV; they could lose their health insurance for having HIV,” Levi says. “That’s why there was so much furor.”

Although Redfield is respected in his field, he is known to be very religious, one researcher tells the Post on the condition of anonymity. “That over-religiousness turns off some in the scientific and public health community.”

The CDC director candidate does not have to be confirmed by the US Senate. However, Democrats are expected to thoroughly scrutinize any candidate the Trump administration proposes.