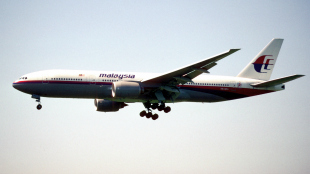 Update (July 21): Malaysia Airlines has released the list of names of those killed on flight MH17. Six of the victims were en route to the AIDS2014 conference, not more than 100, as some news outlets reported last week.

The international AIDS research community is mourning the deaths of a number of its members, including Joep Lange, a former president of the International AIDS Society. The Sydney Morning Herald reported that an estimated 100 of the 298 people killed when a commercial plane was shot down over Ukraine yesterday (July 17) were en route to the AIDS 2014 conference in Melbourne, Australia. The Washington Post reported that the number of travelers onboard who were headed to the conference may be much smaller. The airline has yet to confirm the names of all those who died.

“It’s going to be a very somber mood at the conference...

The names of all those killed on Malaysian Airlines flight MH17 is incomplete, but multiple sources have listed Lange among them. “He is a great loss to global health research,” Jeremy Farrar, who leads the Wellcome Trust, told the BBC. In addition, World Health Organization spokesperson Glenn Thomas was also said to have been on board. “Everybody’s devastated,” Christian Lindmeier, a spokesperson for the WHO’s Western Pacific region, told Medscape. “It’s a real blow.”

The International AIDS Society, which is organizing AIDS 2014, said: “In recognition of our colleagues’ dedication to the fight against HIV/AIDS, the conference will go ahead as planned and will include opportunities to reflect and remember those we have lost.”

The Scientist will update this post as more information about the MH17 crash is confirmed.