Real-time neural activity in visual cortex of mouse watching Orson Welles' Touch of EvilALLEN INSTITUTEThe Allen Institute for Brain Science in Seattle, Washington, today (July 13) unveiled its “brain observatory,” a vast catalogue of neural activity in the visual system of mice. The data could be a step toward understanding perception, cognition, and—ultimately, consciousness—the researchers behind the initiative said in a statement.

“No one has ever taken this kind of industrial approach to surveying the active brain at cellular resolution in order to measure how the brain processes information in real time,” Christof Koch, president and chief scientific officer of the Allen Institute for Brain Science, said in the statement. “Just like in astronomy, modelers and theoreticians worldwide can now study this wealth of data using their own analysis tools.”

Allen Institute researchers conducted in vivo calcium imaging of the visual cortices of mice as the animals...

The researchers sampled more than 18,000 neurons at multiple depths in four areas of mouse visual cortex, finding brain cells that were tuned to specific motions, such as camera panning, or shapes—even complex concepts such as butterflies. The data have been made freely available on the Allen Brain Atlas data portal.

“There’s no other effort I know of where people have looked at so many brain areas with so many stimuli—and importantly, where the data are freely available as well,” neuroscientist Anne Churchland of Cold Spring Harbor Laboratory in New York, who was not involved in the research, told Nature. 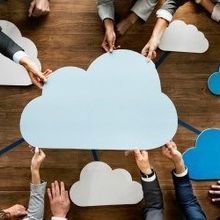