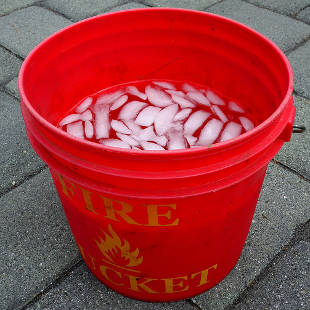 FLICKR, SLGCKGCLast fall, California-based biotech Genervon announced results of a Phase 2 trial involving 12 amyotrophic lateral sclerosis (ALS) patients: its drug candidate, GM604, had produced “very robust” and “dramatic” results, according to company news releases. In February, the company applied to the US Food and Drug Administration (FDA) for accelerated approval, which would allow the drug to skip Phase 3 and head straight to market. Patients, who typically only live two to five years past diagnosis and have no effective treatment options, quickly began advocating for the FDA to grant the company’s request, but many researchers believe that a larger trial is necessary before the drug becomes widely available, The Washington Post reported last week (April 3).

“All this petitioning and press releases over such little data is premature,” David Gortler, a pharmacology expert and former FDA senior medical officer, told The Washington Post. “I think...

But time is not something that most ALS patients have at their disposal, and advocates for GM604’s accelerated approval argue that, if the drug is forced to continue down the traditional clinical trial path, the majority of today’s patients will have died before it reaches the market. Patients and advocates have thus petitioned for its rapid approval, collecting more than half a million signatures on Change.org and organizing a recent rally on Capitol Hill.

But Steve Perrin, president and chief scientific officer of the ALS Therapy Development Institute, argued that, due to the variability in rates of decline among ALS patients, the Phase 2 trial was too small to generate meaningful results. Only eight ALS patients were treated during the trial, while four patients received a placebo. “The bottom line with the Genervon drug is there is absolutely no data,” Perrin told The Washington Post. “There is no mathematical way or statistical way that they could measure a drug effect.”

In addition to the Phase 2 results, the company in January announced positive results with a single patient given the drug through an expanded-access program. That patient, Eric Valor, who is no stranger to trying experimental therapies (see “Do-It-Yourself Medicine,” The Scientist, March 2013), supports GM604’s accelerated approval, noting his mild improvements despite his advanced condition. “I experienced slightly clearer speech and I can almost guzzle beer again,” he told The Scientist in February.

The debate also highlights the slow and risk-averse nature of the regulatory process, even in the context of approving drugs for the terminally ill, said Valor. “[T]he current FDA review paradigm has to change,” he told The Washington Post last week. “[There must be] a balance between hope and hard science.”