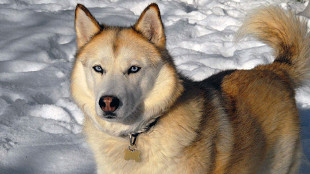 WIKIMEDIA, SUE AND MARTY CURTISThe first human inhabitants of the Americas domesticated wolves and bred dogs well before Europeans arrived, but after the first wave of human migration from Eurasia, researchers who examined ancient dog DNA reported last month (December 18) in the Journal of Human Evolution.

“We were interested in seeing if we could see when dogs arrived in the Americas,” study coauthor Kelsey Witt of the University of Illinois told the The Washington Post (via The Guardian). “By the time Europeans arrived, they were pretty widely spread across the Americas.”

Witt and her colleagues sequenced the mitochondrial DNA of 42 dogs from three newly identified archaeological sites, including 35 of the 103 dogs from a burial site in Illinois that was first used 1,350 years ago. By combining their newly available sequences with previously published ones, the researchers were able to determine what the ancestral...

The dog DNA also hinted that domesticated canines might have interbred with wolves, or that a second domestication event occurred after the first dogs arrived from Eurasia. The genetic similarity of many of the dogs and their limited population size—roughly 1,000 females at the time dog burials began—suggested that their human owners may have been actively breeding them to select for particular characteristics.

Over the last 9,000 years “the population of dogs in the Americas roughly mirrors that of humans,” the authors wrote in their paper. That may mean that studying ancient dog DNA can provide insights into human populations, their movements, and their interactions with their canine companions, the researchers added.