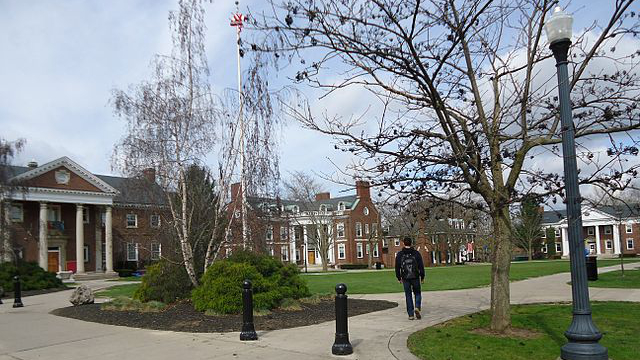 WIKIMEDIA, TOMWSULCEROn the heels of an investigation into sexual harassment complaints against a University of Rochester professor, the college’s president, Joel Seligman, has elected to leave his post. Although the investigation cleared Seligman of wrongdoing—and also exonerated the accused, brain science professor Florian Jaeger, of violating university policies—critics praised his departure.

“I would have to say that President Seligman’s resignation is some vindication that what we were doing (raising the complaints) is right,” Richard Aslin, a University of Rochester researcher who sued Seligman and the institution for improperly investigating Jaeger and retaliating against those who complained, tells the Democrat & Chronicle. Aslin himself had resigned from the university in protest.

The school’s board of trustees, the local chamber of commerce, and others praised Seligman’s contributions to the community.

“We credit that some [Brain and Cognitive Sciences] students were negatively impacted by the professor’s conduct earlier in his career at the University,” White’s report concludes. “Partly as a result of that conduct, but also because of the broad dissemination of the often exaggerated descriptions of that conduct, the esteemed BCS faculty has been fractured and the University’s reputation has been harmed.”

Science reports that Seligman decided to resign before he learned the conclusion of the report. According to the Democrat & Chronicle, Seligman expects to return to Rochester as a law professor after a year-long sabbatical.