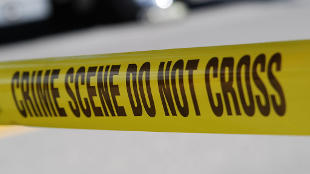 WIKIMEDIA, TEX TEXINEuropean forensic scientists just got a rare gift: a plot of their own to conduct so-called “taphonomical” research, which considers the decomposition of organisms over time. The new facility will open some time later this year, and be located in a vacant 500 m2 plot in Amsterdam, according to Science. In it, corpses donated for research will be buried up to one meter deep and studied, using a suite of underground instruments.

“We will be burying the first body in about six months’ time,” Roelof-Jan Oostra, an anatomist at Amsterdam’s Academic Medical Center—the institution that obtained the permit to open the facility—told Nu.nl.

The facility in Amsterdam will be used by Dutch academics and law enforcement agencies, and it will join a network of similar sites around the world. The U.S. has six such facilities, and Australia just...

“I think there are very good reasons to open one in Holland, and in other places in Europe,” Dawnie Steadman, director of the University of Tennessee’s Forensic Anthropology Center—which houses a taphonomical research facility—told Science. “What we do in Tennessee is not directly transferable to Holland, or England, or South America, or Africa for that matter.”