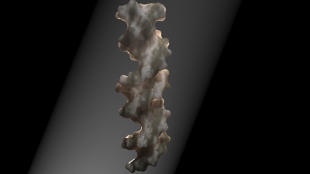 WIKIMEDIA, FREESCIWith only a bit of your saliva, Ancestry.com can send you a list of people you are related to, even cousins that lived and died 200 hundred years ago. Or so claims the consumer genetics company in a new ad campaign, touting the genealogical power of its new “AncestryDNA” test. The move is the latest in a big push from such firms to get the general public genotyped and excited about their genetic heritage.

“Now, through a simple DNA test, AncestryDNA is fundamentally revolutionizing the way to discover your family history, transforming the experience by making it faster and easier to go further into your family’s past, and instantly discover new ancestors you never knew you had,” Ancestry CEO Tim Sullivan said in a statement.

AncestryDNA obviates the need for intensive genealogical research and relies solely on the mighty bulk of genetic databases and “new patent-pending...

But some experts are cautioning that the prospects of unearthing 200 years worth of genetic relatedness might be trickier than the company is making it sound. “Going back three or four generations, it’s going to be hard for a researcher to know whether you are descended from George Smith, the oldest of the family, or any of the other sons,” Hank Greely, a director at the Center for Law and Biosciences at Stanford University, told KQED. “The company is going to need an awful lot of family members’ DNA to determine with a high degree of probability how closely you’re related to a distant ancestor.”

As more and more people consent to have their genomic information stored in databases like Ancestry’s, however, the probability that such analyses can indicate real familial connections increases. So, too, does the possibility that such large databases can prove useful in uncovering meaningful genetic trends related to a variety of physical and health characteristics. “A couple of other labs have already tried to make these huge family trees using big databases,” Alexandre Bolze, a geneticist and postdoctoral researcher at the University of California, San Francisco, told KQED. “This is useful to understanding how genetics influenced certain traits, like height. Not everything is caused by genetics.”