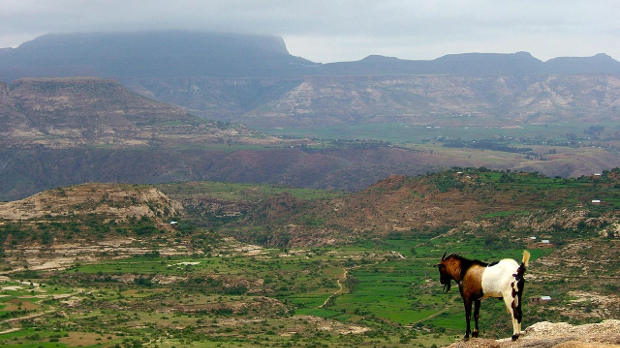 The Ethiopian highlands, where the Mota remains were recovered from a caveWIKIMEDIA, ANDRO96Researchers have successfully extracted and sequenced ancient DNA from the bones of a man who lived in Ethiopia 4,500 years ago. The millennia-old human genome bears evidence of Eurasian heritage—clues to a migration of humans from Europe and the Near East back into Africa about 3,000 years ago. While scientists have sequenced ancient human genomes from the Near East, Asia, and Europe, this so-called Mota genome is the first sequenced from African skeletal remains, which are less hospitable to DNA molecules due to the warm climate. “Africa is going to be a difficult place for having ancient genomes—especially high quality genomes,” Carles LaLueza-Fox, a paleogeneticist at the Institute of Evolutionary Biology in Barcelona, Spain, who was not involved with the study, told Nature.

“By having these high coverage genomes, we can start seeing a lot of information about what happened,” study coauthor Ron Pinhasi from University College Dublin, Ireland, told New Scientist. “It is the right direction but we need more.”

University of Copenhagen ancient DNA researcher Eske Willerslev told Nature that his group has also had some success extracting sequenceable DNA from human remains found in Africa. “Africa is the next step in terms of the population history of humans,” he said. “It is an obvious place to go and look.”