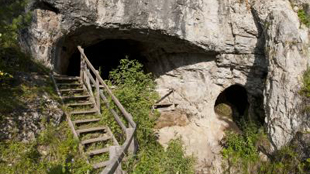 Denisova Cave in SiberiaEUREKALERT, MPI FOR EVOLUTIONARY ANTHROPOLOGYNew, high-quality genome sequences from Neanderthal and Denisovan remains suggest that these two groups interbred frequently with other ancient human ancestors and anatomically modern humans. The sequences also revealed evidence of interbreeding with another unidentified human ancestor. The work, led by David Reich of Harvard Medical School in Boston, Massachusetts, was presented at a meeting of The Royal Society focused on ancient DNA this week (November 18).

“What it begins to suggest is that we’re looking at a ‘Lord of the Rings’-type world—that there were many hominid populations,” Mark Thomas from University College London, who did not participate in the work, told Nature News.

Even though Denisovan and Neanderthal genomes had been sequenced before, Reich explained at the meeting that the sequences were of low quality, according to Nature. Using bones recovered from a cave in Siberia, Reich...

“There’s a very strong signal, difficult to question,” Johannes Krause of the University of Tubingen, who was not involved in the work, told New Scientist. The genetic traces of the unknown people probably belong to a known hominin that just has not been genetically examined yet, Krause added.