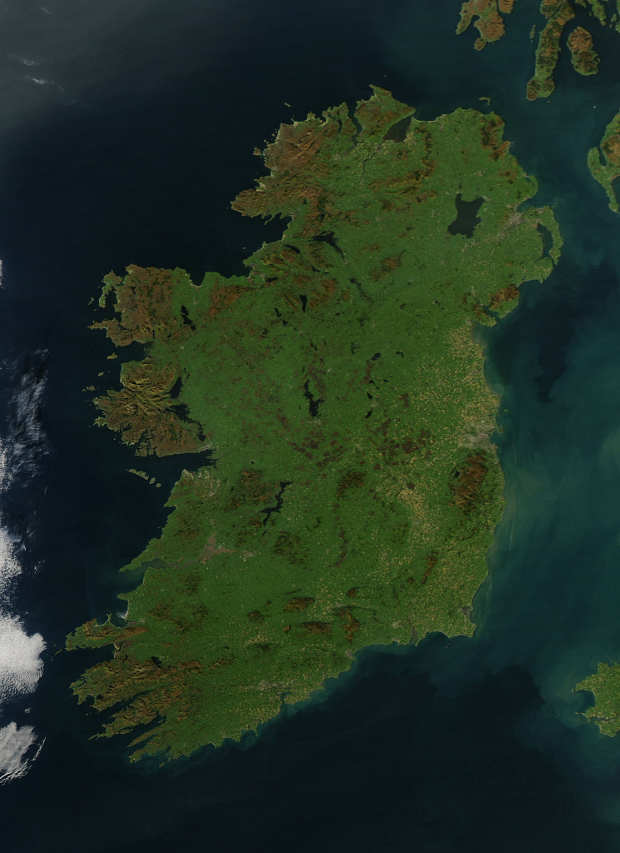 Satellite view of IrelandFLICKR, NASA GODDARD SPACE FLIGHT CENTERHumans likely migrated to the British Isles in at least two large movements, from the Middle East and then eastern Europe, according to an ancient-DNA sequencing study published this week (December 28) in PNAS. The timing of these mass migrations coincide with technological advances, including agricultural and metallurgy, suggesting that the immigrants brought these skills with them to the Isles.

These insights come from the genomes of a 5,200-year-old female farmer from the Neolithic period, found near Belfast, and three 4,000-year-old men from the Bronze Age. The woman’s genome suggested that she had descended from people of the Middle East, the birthplace of agriculture. The males, found on Rathlin Island, came from what is now part of Russia and Ukraine.

“There was a great wave of genome change that swept into [Bronze Age] Europe from above the Black Sea,”...

The Neolithic woman was most closely related to modern Spanish and Sardinians, while the Rathlin men were genetically similar to modern Irish, Scottish, and Welsh. How genomes changed from the Bronze Age to 21st century will be a topic of future study. “Our snapshot of the past occurs early, around the time of establishment of these regional populations, before much of the divergence takes place,” Bradley told BBC News. “I think that the data do show that the Bronze Age was a major event in establishment of the insular Celtic genomes but we cannot rule out subsequent (presumably less important) population events contributing until we sample later genomes also.”