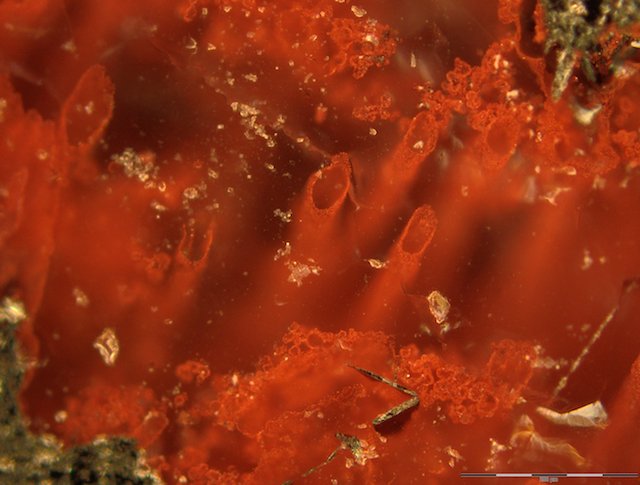 Scientists may have uncovered microfossils containing evidence of microbes that lived at least 3.77 billion ago, according to a study published yesterday (March 2) in Nature.

“If indeed their analyses and interpretations are correct, then life arose rapidly on Earth, soon after the planet itself began to stabilize,” astrobiologist Kevin Hand of NASA’s Jet Propulsion Laboratory who was not involved in the study, told the National Geographic. “As the froth of geology began to cool, biology established its role as a planetary process.”

University College London researchers analyzed iron-rich rocks from the Nuvvuagittuq belt, an area in northern Canada that, according to geologists, is between 3.77 and 4.28 billion years old. They sliced the rocks to pieces thin enough to study under a microscope, and found iron oxide-containing filaments and tubes the width of a human hair—five to...

“The fact we found these lifeforms in hydrothermal vent deposits from so early in Earth’s history supports the long-standing theory that life arose in these types of environments,” study co-author Matthew Dodd, a doctoral student at University College London wrote in The Conversation. “The environment that we found these ancient microfossils in, and their similarity to younger fossilised and modern bacteria, suggests that their iron-based metabolisms were among the first ways life sustained itself on Earth.”

However, several outside experts are sceptical of the authors’ claims. “I am frankly dubious,” Frances Westall at the Centre for Molecular Biophysics in Orléans, France, told New Scientist. “All kinds of reactions take place at [high] pressures and temperatures.” As such, she added, they may just be a by-product of those reactions rather than a sign of early life.

Kurt Konhauser, a geomicrobiologist at the University of Alberta, who was not involved in the study, told Science that while the tubes and filaments are similar to those found in modern day bacteria, “…of course that does not mean the [3.77-] billion-year-old structures are cells.” In addition, he pointed out that “if the tubes were formed by iron-oxidizing bacteria, they would need oxygen, in short supply at this early moment in Earth’s history.”