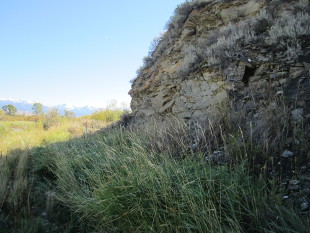 MIKE WATERSAmerican Indian tribal members and scientists this week (June 28) buried the remains of Anzick-1, a 12,600-year-old infant whose remains were unearthed in central Montana in 1968. Researchers sequenced DNA from the ancient bones earlier this year and found clues about early American ancestry. The Montana/Wyoming Billings Gazette covered the ceremony, capturing the mixed feelings of tribal members and scientists who gathered to honor Anzick-1.

During the ceremony, Salish-Kootenai Tribe member Francis Auld said that while it was “unfortunate” that the boy’s remains were excavated and examined, he could “partially agree with the science if it would benefit the Indian nation,” the Billings Gazette reported.

Eske Willerslev of the University of Copenhagen, who led the team that sequenced Anzick-1’s genome, told that paper, “I think and hope this will be the start of something good for science and the native people.” At the ceremony, he said he expected...

Montana State University’s Shane Doyle, a member of the Crow Tribe who helped negotiate the research and reburial, said this week’s ceremony was a turning point. “It was more beautiful than I could have imagined,” he told the Billings Gazette. “And not just the tribes, the non-Indians and everyone got to participate, which made it feel like it brought all of us together.”