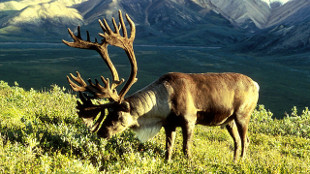 In the Selwyn Mountains of Canada’s Northwest Territories, caribou have sought summer refuge from biting insects on ice patches for thousands of years. Scientists from the University of California, San Francisco, sampled ice cores from the region, in which they discovered an ancient virus in the frozen caribou feces. The virus, which is thought to be about 700 years old, is similar to present-day geminiviruses that infect plants, the researchers reported this week (October 27) in PNAS.

“The find confirms that virus particles are very good ‘time capsules’ that preserve their core genomic material, making it likely that many prehistoric viruses are still infectious to plants, animals or humans,” Jean-Michel Claverie of the Aix-Marseille University School of Medicine in France told New Scientist. “This again calls for some caution before starting to drill and mine Arctic regions at industrial scales.” Claverie, who led...

The researchers produced a replica of the virus, which was able to infect a tobacco plant in the laboratory.

As ice melts in response to climate change, some ancient pathogens may re-emerge, but study coauthor Eric Delwart said he thinks the risk of human harm is low. “There’s a theoretical risk of this, and we know that the nucleic acid of the virus was in great shape in our sample,” Delwart told New Scientist. “But old viruses could only re-emerge if they have significant advantages over the countless perfect viruses we have at present.”