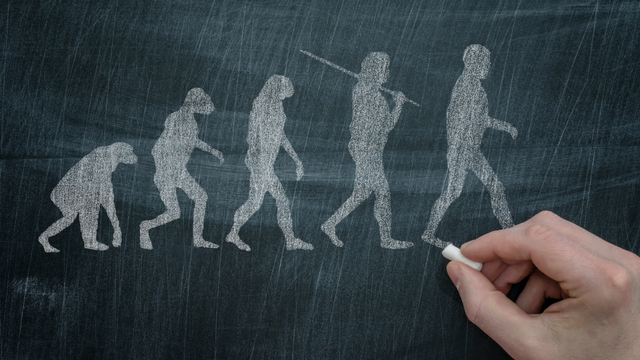 ISTOCK, MARTINWIMMERA newly discovered molecule called Gc-CS—derived from Neu5Gc, a glycan made by chimpanzees and ancient humans—can shed light on our human ancestors. In a proof-of-concept study, scientists were able to detect this molecule in various samples, including human serum and 4-million-year-old bovid bones—a family of animals that include cattle and bison, according to a paper published yesterday (September 11) in PNAS.

“Once we’ve refined our technique to the point that we need smaller sample amounts and are able to obtain ancient hominin fossils from Africa, we may eventually be able to classify them into two groups—those that have Gc-CS and those that do not,” says senior author Ajit Varki of the University of California San Diego School of Medicine in a news release. “Those that lack the molecule would mostly likely belong to the lineage that led to modern humans.”

Ancient human ancestors were able to...

“This new type of glycan we found may give us a better way to investigate which lineage is ours, as well as answer many other questions about our evolution, and our propensity to consume red meat,” says Varki.

“This looks like a good first step to me,” University of California, Berkeley, paleoanthropologist Tim White, who was not involved in the study, tells The San Diego Tribune.“[A]s time goes on, with independent verification and further refinement of method, ancient biomolecules promise to open even wider windows of understanding on the deep past.”