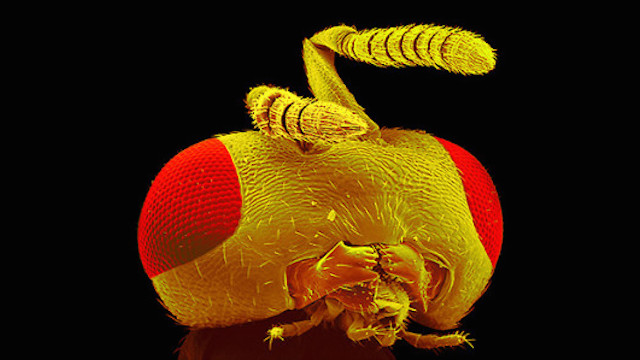 Transplanting the microbiome of one species into another species can cause a whole host of problems, according to a study published this month (November 18) in PLOS Biology.

In separate experiments by Vanderbilt University researchers, mice and wasps raised with the microbiota of closely related species suffered impaired digestion and lower overall survival rates—evidence that species host microbiomes tailored to their physiologies. The team also found that the evolutionary relationships between four animal groups paralleled the relationships between their microbiomes, supporting the notion that microbial communities living inside of animals evolve along with their hosts.

“Previous research has tended to concentrate on the negative effects of microbes. In this case we are showing that whole communities of microbes have positive effects as well,” coauthor Andrew Brooks of Vanderbilt University said in a press release.

Brooks and colleagues surveyed the microbiota of 24 species across... 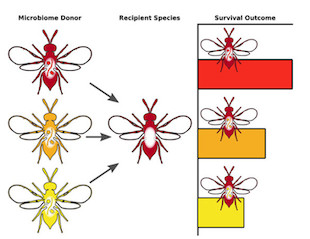 To help explain the close association between animal species and their microbes, the authors then tested whether swapping an animal’s microbiome with that of a close relative incurred evolutionary disadvantages. They raised colonies of deer mice and jewel wasps, but some of the mice were raised with microbiota transplanted from related mouse species, and some of the wasps were likewise raised with transplanted microbes from related wasp species. The transplant mice digested food less efficiently than healthy mice, while the transplant wasps had lower overall survival rates than control groups.

“Plants and animals evolved in a planet dominated by microbial life,” said coauthor Seth Bordenstein of Vanderbilt University in the press release “So they had no choice but to tolerate microbes and, as we are now discovering, they also evolved the capacity to ‘garden’ them in order to enhance their health and fitness.”