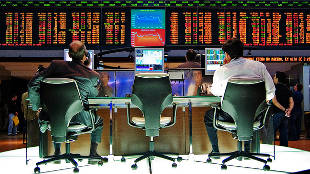 FLICKR, REYNERMEDIAThe Paris-based biotech Cellectis has joined a handful of other companies in going public with its chimeric antigen receptor (CAR) T-cell therapies, grossing more than $228 million in its initial public offering (IPO) on the Nasdaq last month (March 24). That value is $113 million more than the company initially filed for a month earlier, and makes it the second largest IPO in the CAR T space; Juno Therapeutics has retained the number-one spot with its $265 million IPO last December.

CAR T-cell therapies are a hot field, with dozens of organizations, including a handful of big pharma companies, working to develop T cells armed with receptors that bind particular cancer-associated antigens. In the last couple of years, hundreds of millions of dollars’ worth of deals have been struck, and dozens of clinical trials initiated. (Read more about the field in this month’s biobusiness article, “The CAR...

Cellectis’s focus is on allogeneic T cells, or those taken from donated samples, in hopes of making an off-the-shelf therapy that can be more widely used than autologous cells. The company got a boost last year when it struck a deal with Pfizer for $80 million up front, plus up to $185 million per product and royalties. In its new IPO, Cellectis priced 5.5 million American shares at $41.50 each, with another 825,000 shares set away for the company’s underwriters. The money will go toward advancing four CAR-T candidates through Phase 1 trials, manufacturing the therapies, and work outside of oncology.