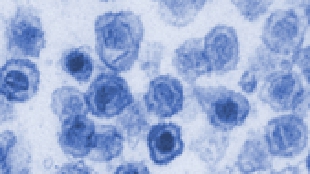 XMRVCENTER FOR DISEASE CONTROL AND PREVENTION

Just before 2012 dawned, Proceedings of the National Academy of Sciences retracted a 2010 paper claiming that chronic fatigue syndrome (CFS) is related to a murine virus. Seven coauthors, among them researchers from the US Food and Drug Administration and the National Institutes of Health, signed the retraction, which stated that while the blood samples they collected from CFS patients were not contaminated, they had failed to support the initial findings with follow-up studies. The move came after Science retracted the first paper—published in 2009—to posit a link between the syndrome and a mouse virus.

The retraction deals another significant blow to the hypothesis that the mysterious syndrome is related in some way to murine viruses. The PNAS paper was the only published account to support the link aside from the original paper, coauthored by embattled researcher Judy Mikovits, formerly of the...

The claimed link was controversial, and researchers had published results that contravened it soon after. But the PNAS paper, which claimed to find murine leukemia virus (MLV)-related viruses in blood samples from CFS patients, seemed to support the XMRV findings. Subsequent studies pointed to problems with some of the conclusions made by the seven-person team, finding error in their claim that viruses detected in the patients' blood 15 years after they gave the samples containing the MLV-related viruses were descended from the viruses present in their blood when they gave the samples in the 1990s.

"In my mind, [the authors] should have [retracted the PNAS paper] months ago," Jonathan Stoye of the Medical Research Council National Institute for Medical Research in London, told ScienceInsider. Stoye was a coauthor on a 2011 PLoS ONE study that questioned the results of the PNAS paper, specifically the claim that the PNAS authors had observed the evolution of the MLV-related virus in the CFS patients.