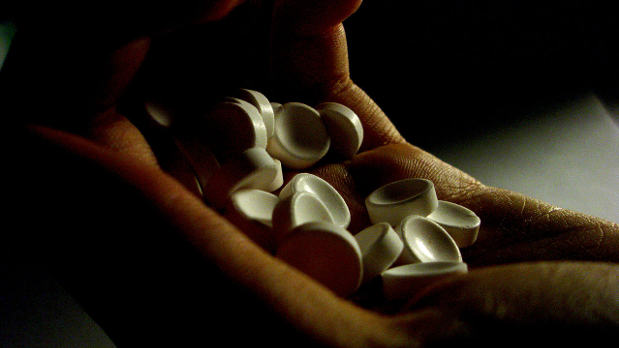 WIKIMEDIA, AYENAOut-of-control pharmaceutical price-hiking is in the news again. After a Congressional investigation into the practice of drugmaker Valeant Pharmaceuticals buying older heart medications and raising their prices exponentially, the firm is on the hot seat once again—this time for doubling the price of a decades-old sleeping pill that is now used in instances of assisted suicide. Doctors prescribe the pill, Seconal (secobarbital), in cases of physician-assisted suicide, which voters in California made legal starting this June. Valeant bought the rights to Seconal last February—a month after California legislators proposed legalizing physician-assisted suicide—and immediately raised its price from $1,500 to $,3000.

“It’s just pharmaceutical company greed,” David Grube, a family physician in Oregon, told KQED, the San Francisco-based public radio station that broke the story. “It’s not a complicated thing to make, there’s no research being done on it, there’s no development,” he added. “That to me is...

Valeant came under fire last year when the company inflated the prices of two heart medications by 200 percent and 500 percent. The House of Representatives is still investigating those cases of alleged price gouging, The New York Times reported.

“Valeant sets prices for drugs based on a number of factors,” the company told KQED in a statement. “When possible, we offer patient assistance programs to mitigate the effects of price adjustments and keep out-of-pocket costs affordable for patients.”