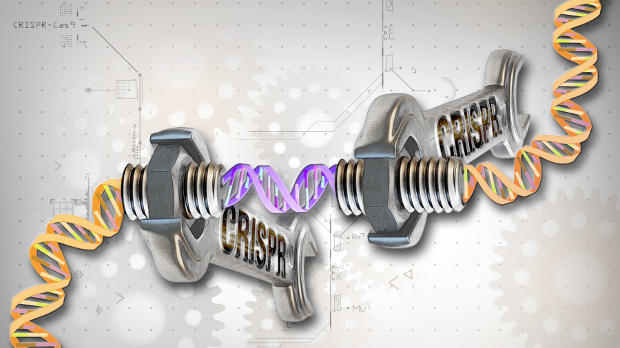 WIKIMEDIA, ERNESTO DEL AGUILA III, NHGRIEditas Medicine made headlines earlier this year when it snagged more than $94 million in its initial public offering (IPO), selling 5.9 million shares at $16 apiece. Now, another CRISPR-focused firm, Intellia Therapeutics, is throwing its hat into the IPO ring. Intellia, which is based in Cambridge, Massachusetts, filed the paperwork required to go public yesterday (April 11). According to The Boston Globe, Intellia is seeking to raise about $120 million with its IPO, but the details of how many shares it will offer and at what price have not yet been announced.

The juxtaposition of Intellia’s IPO and that of Editas is made all the more intriguing because the companies were founded by CRISPR-Cas9 pioneers who remain locked in a patent dispute over the technology. Intellia was spun out of Caribou Biosciences, which was founded by University of California, Berkeley researcher Jennifer...

Meanwhile, Intellia yesterday (April 11) announced a $75 million licensing deal with Regeneron Pharmaceuticals. Regeneron is paying the hefty sum so that it can develop new CRISPR-based therapies that target genes expressed in the liver.

“We are excited to be partnering with Regeneron, an industry leader in human genetics research,” Nessan Bermingham, Intellia CEO and cofounder, said in a statement. “Regeneron’s focus on advancing science to medicine is an excellent fit with Intellia’s approach, and together, we aim to bring potential cures to patients who are suffering from life-threatening rare diseases and genetic diseases.”

Update (May 6): Intellia has sold 6 million shares at $18 a pop to rake in $108 million in its IPO. The CRISPR-using drugmaker's stock debuted on the Nasdaq today under the ticker “NLTA.”