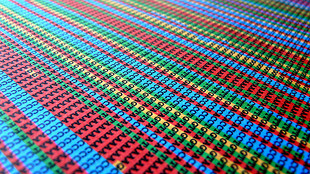 FLICKR, SHAURYMyriad Genetics and other organizations filed lawsuits earlier this week (June 9 and June 10) against two companies, Ambry Genetics and Gene by Gene, claiming the companies have infringed on patents by offering genetic tests for the BRCA1 and BRCA2 mutations, which are associated with breast and ovarian cancer.

Utah-based Myriad was long the only company offering tests for the BRCA 1 and BRCA 2 mutations. But earlier this month (June 13), the Supreme Court ruled that natural human DNA could not be patented, invalidating Myriad’s patents on the genes.

Directly after the Supreme Court announced its decision, several companies began to offer cheaper tests for the BRCA1 and BRCA2 mutations. Myriad and its partners in the suit says that even though the patents on the natural genes are invalidated, Gene by Gene and Ambry Genetics are still in violation of 10 patents on the BRCA gene...

“They are clearly using the same processes we are using in our testing,” Richard Marsh, executive vice president, general counsel, and secretary of Myriad, told Bloomberg. “They are infringing the claims of our patents in the way they are doing their testing.”

Myriad is requesting a preliminary injunction against the companies to stop them from selling their BRCA testing services while the case is being brought.

“Ambry Genetics supports the Supreme Court’s decision and will vigorously defend its position,” Charles Dunlop, chief executive officer of Ambry Genetics, said in a press release. “We have had an overwhelming response from our clients seeking an alternative laboratory to perform BRCA testing, and Ambry is fully committed to supporting our clients and patients moving forward.”