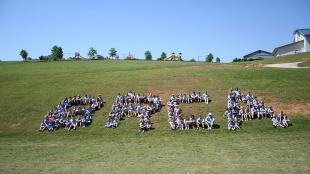 WIKIMEDIA, HAKUNAMATATA1Myriad Genetics, a Utah-based genetic diagnostics firm, has tried to get the courts to stop its competitors from selling kits that test for the cancer-associated BRCA mutations. But a U.S. District Court judge this week (March 10) denied the injunction because Myriad’s patent claims may not hold up in an ongoing lawsuit.

Charles Dunlop, the CEO of Ambry Genetics, one of the firms being sued by Myriad, called the decision “exhilarating.” He said in a statement that “competition stemming from a free market drives all of us to improve and ultimately increases patient access to life-changing information.”

In his decision, Judge Robert Shelby took issue with Myriad’s patenting practices in general. He wrote that “the practical result of Myriad’s patents has been to hinder or halt follow-up research, data sharing, patient testing, and the creation of additional and more affordable technologies for BRCA1 and BRCA2 testing.” Myriad...

Last year, the Supreme Court ruled that Myriad could not patent the BRCA1 and BRCA2 genes. Shortly after, other companies began to offer BRCA tests. Myriad, along with the University of Utah, the University of Pennsylvania, the Hospital for Sick Children, and Endorecherche, swiftly responded with lawsuits against Ambry, Gene by Gene, and other companies, claiming they infringed on Myriad’s patents. While the lawsuits involving Ambry and others are ongoing, Gene by Gene settled out of court.

“It is important to maintain perspective,” Rogers told GenomeWeb Daily News. “The ruling is a denial of the preliminary injunction only and it isn't a ruling on the underlying merits of the case. We remain in the early stages of the litigation and look forward to presenting our case in court.”