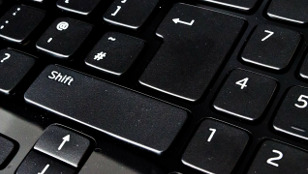 PIXABAY, PUBLICDOMAINPICTURESFollowing up on the hunch of an editor who noticed irregularities in the reviewers suggested by submitting authors, Springer has identified more than five dozen papers that were published through manipulated peer review. The publisher is now pulling 64 papers, which were published in 10 of its journals, it announced today (August 17).

“The peer-review process is one of the cornerstones of quality, integrity, and reproducibility in research, and we take our responsibilities as its guardians seriously,” the publisher’s statement reads. “We are now reviewing our editorial processes across Springer to guard against this kind of manipulation of the peer review process in future.”

Specifically, “we are working to support our external editors to make them aware of the issues and ensure that thorough checks of peer reviewers are completed,” Springer’s William Curtis, executive vice president for medicine and biomedicine, elaborated in an email to The Scientist....

Springer is not the first publisher to issue multiple retractions because of peer-review manipulation. This March, BioMed Central pulled 43 papers upon finding that “the peer-review process was inappropriately influenced and compromised.” And last July, Sage’s Journal of Vibration and Control retracted 60 articles after uncovering a peer review– and citation-fixing “ring.”

Update (August 18): In an email to The Scientist, a Springer spokesperson said that the most recent retractions posted to SpringerLink following yesterday’s announcement are not among the 64 forthcoming retractions described above, which are yet to be posted. “The 64 retractions have not appeared yet as it can take a while for it to appear on SpringerLink following release from our production system,” the spokesperson wrote. “They will be easy to spot as they will all mention the COPE [Committee on Publication Ethics] statement of December 2014.”

We will update this post as we learn more.