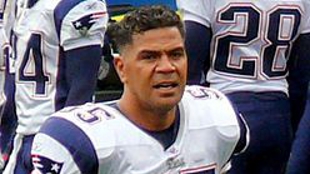 Former Pro Bowl linebacker Junior Seau died yesterday (May 2) from what police are calling a self-inflicted gunshot wound to the chest. The tragedy makes Seau, who played for the San Diego Chargers, Miami Dolphins, and New England Patriots during his career, the third former-NFL player to commit suicide in the last 15 months. Speculation is swirling that Seau's death, like the other two suicides, might all be linked to the head injuries the players enduring during their years on the football field.

Former Atlanta Falcon Ray Easterling and former Chicago Bear Dave Duerson also shot themselves recently, and both were suspected to have symptoms of dementia. Duerson even requested that his brain be used for research, and after his death, researchers at the Boston University School of Medicine examine his brain and found evidence of a neurodegenerative disease linked to concussions, called chronic...

"We have no clues whatsoever," Gina Seau told ABC News. "We're as stunned and shocked as anyone else. We're horribly saddened. We miss him and we'll always love him."

If Seau was suffering, he wouldn’t be alone. “Thirty percent of our 116 players have major depression secondary to brain injuries,” Daniel Amen, founder of Amen Clinics, Inc., a company that's measuring blood flow and electrical activity in the brains of active and retired NFL players, told The Scientist. “These players do not know that is help is available to them…. With the right help there is great hope for them.”

Read more about CTE and its potential link to football-induced head trauma in “Punch Drunk,” The Scientist, December 2011.