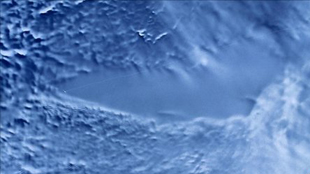 The location of Lake Vostok in East AntarcticaNASAIn an environment most scientists thought was so completely inhospitable to life that it was once considered a model for other planets, scientists have unearthed a vast web of organisms. Biologists sequencing DNA and RNA found in ice core samples taken near the surface of Antarctica’s subglacial Lake Vostok have identified thousands of bacteria species, as well as a smaller number of fungi, and a handful of archaea—primitive, single-cell microbes. Several of the microbes are commonly found in the digestive tracts of both freshwater and marine species, pointing to the presence of complex life such as mollusks, crustaceans, annelid worms, and fish. The findings were reported last Wednesday (July 3) in PLOS ONE.

“We found much more complexity than anyone thought,” senior author Scott Rogers, a biologist at Bowling Green State University, said in a statement. “It really...

Lake Vostok is the largest of 375 or so subglacial lakes in Antarctica. It is also the fourth deepest lake on Earth, with depths reaching 800 meters from the lake’s surface, itself covered by 2 miles of ice that separate it from the ocean and atmosphere. Rogers said in the statement that the presence of freshwater and marine species would support the hypothesis that the vast lake was once connected to the ocean, and that its freshwater was deposited by an overriding glacier.

Among the microbial species the researchers identified are cold-loving psychrophiles, as well as heat-loving thermophiles, which suggest the presence of volcanic hydrothermal vents deep in the lake. The authors wrote in the paper that the vents could “provide sources of energy and nutrients vital for organisms living in the lake.”

The authors also caution that there is a small chance that the biological material they found may represent previous contamination of the lake.